MARRIOTT WORKERS: "ONE JOB SHOULD BE ENOUGH!"

MARRIOTT WORKERS: "ONE JOB SHOULD BE ENOUGH!"
Photographs by David Bacon

On June 27 thousands of union and non-union Marriott workers organized demonstrations in San Francisco, Oakland, Honolulu, Boston, San Diego, Seattle, Philadelphia and San Jose.  Workers carried signs saying, "One Job Should Be Enough!" About 20,000 Marriott workers are represented by Unite Here. As contract negotiations get underway, some 12,000 of those employees have contracts expiring later this year.

Marriott is the largest and richest hotel company on the planet, earning $22.9 billion in 2017.  Profits have gone up 279% since the recession, while hotel workers' annual income only increased 7%.

According to D. Taylor, International President of UNITE HERE, "Too often workers welcome guests to Marriott hotels and deliver an unforgettable experience to them, just to leave their shift and go to a second job because working full time for Marriott isn't enough to make ends meet."

Marriott became the biggest global hotel chain when it acquired Starwood for $13.6 billion in 2016. The company's 30 brands include Ritz-Carlton, Westin and Sheraton, accounting for more than 1.2 million rooms in over 6500 hotels in 127 countries and territories. It opens a new hotel every 18 hours.

Technology is transforming hotel work, with self-check-in kiosks, robot room-service delivery, and mechanical bartenders.  In negotiations, workers want guarantees that jobs will not only pay enouogh to live on, but will last during this period of change.

Meanwhile, hotel work is not just underpaid, but is dangerous.  In Chicago the union found roughly half of hotel housekeepers had been the victims of sexual misconduct from guests.  One man assaulted housekeepers in DC eight times over eight years.  A Florida Marriott worker was assaulted in a hotel bathroom.  In San Francisco a man committed suicide after attacking and critically injuring a housekeeper.

In negotiations Unite Here is not only demanding increases in wages and benefits, but greater protections, including panic buttons.  This year the Chicago union won them for workers with a campaign, Hands Off, Pants On.

These are a few of the many photographs taken of Marriott workers in San Francisco and Honolulu as part of the campaign at Marriott, One Job Should Be Enough. 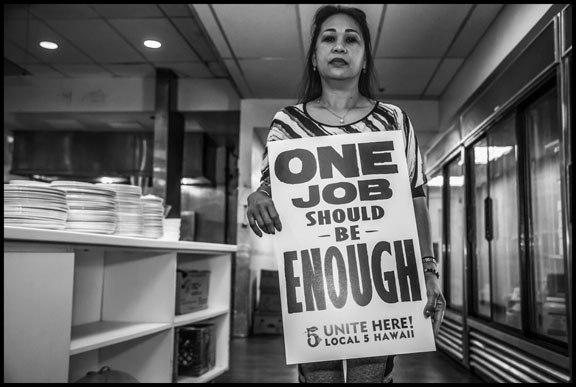 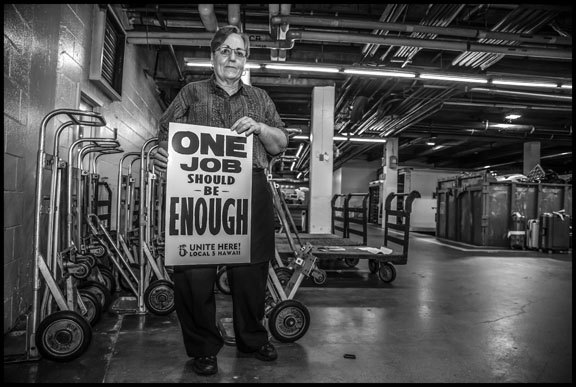 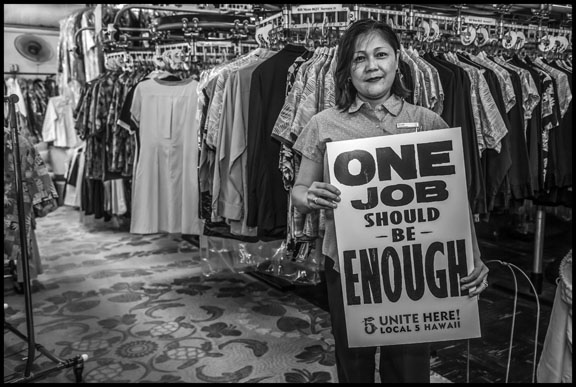 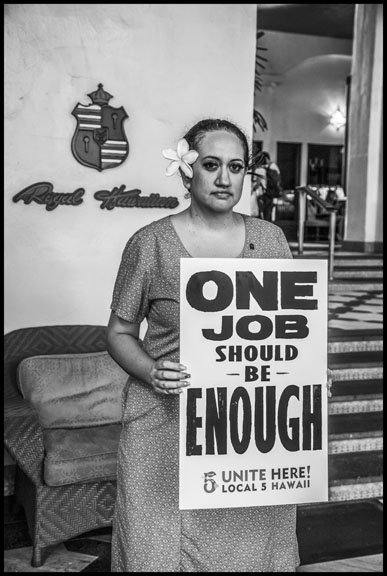 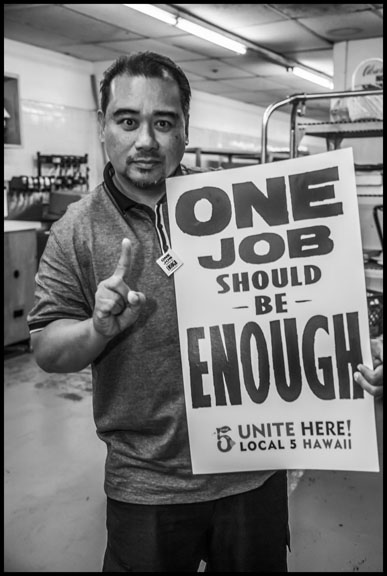 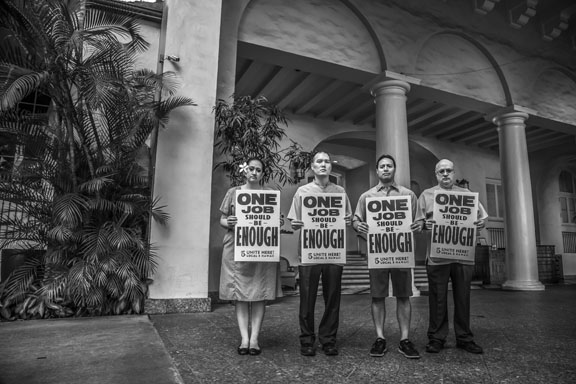 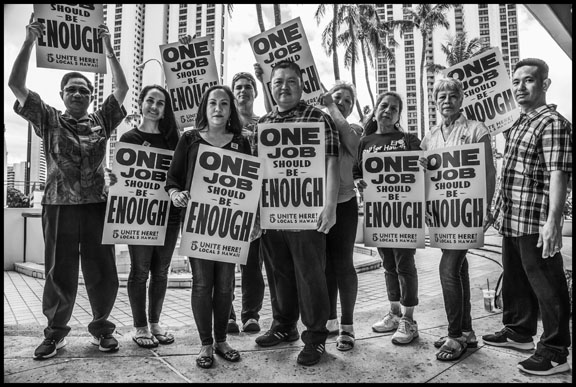 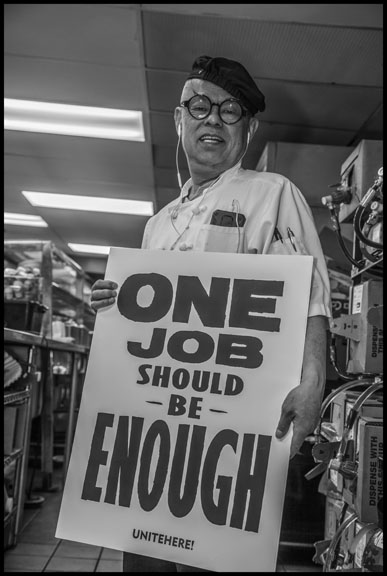 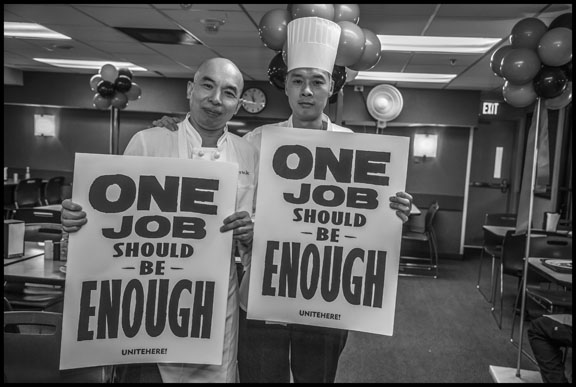 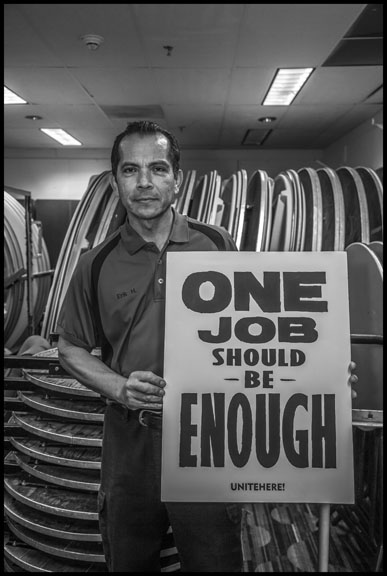 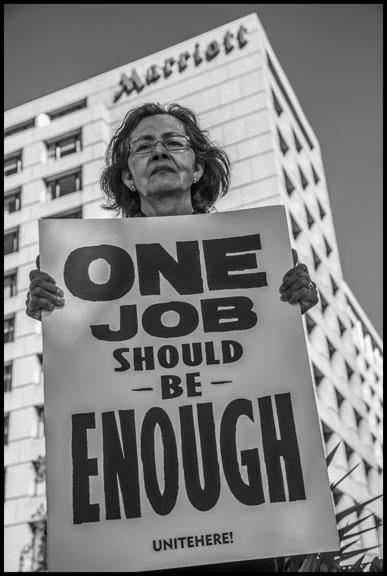 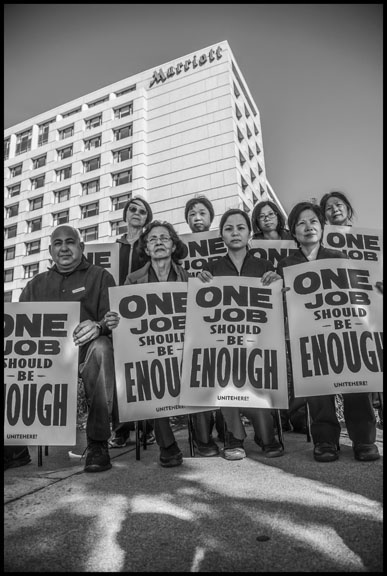 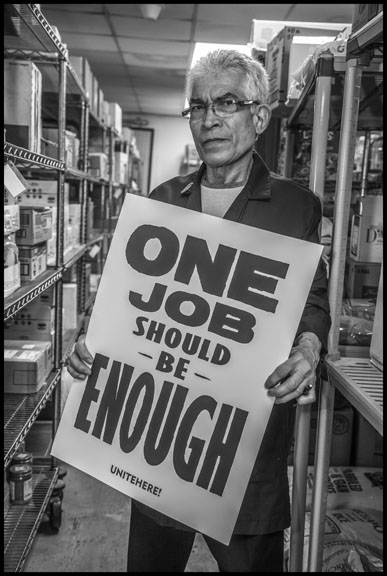 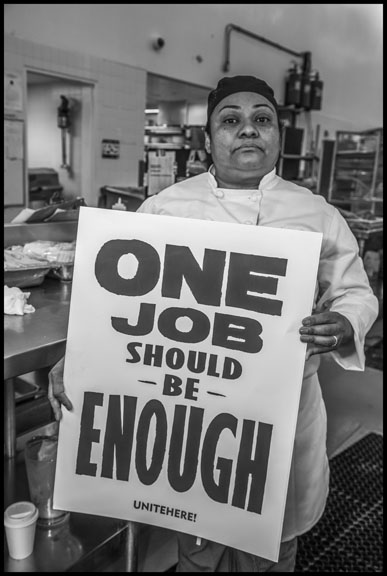 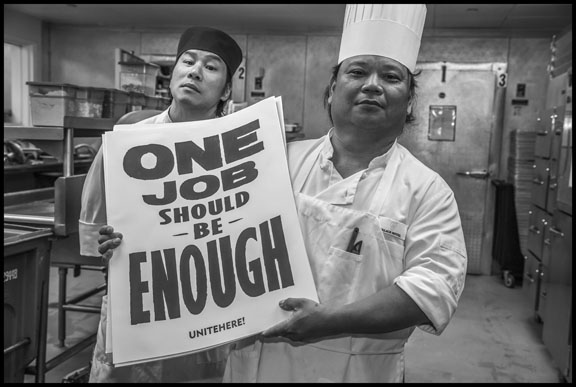 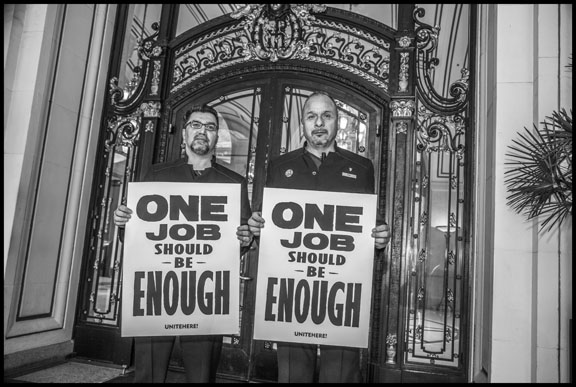 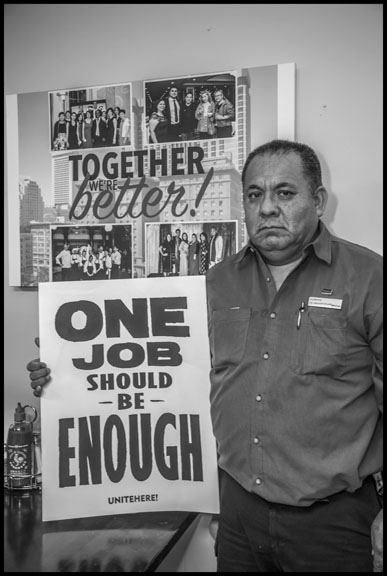 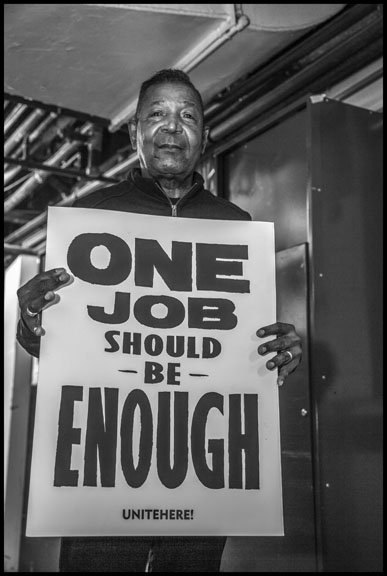 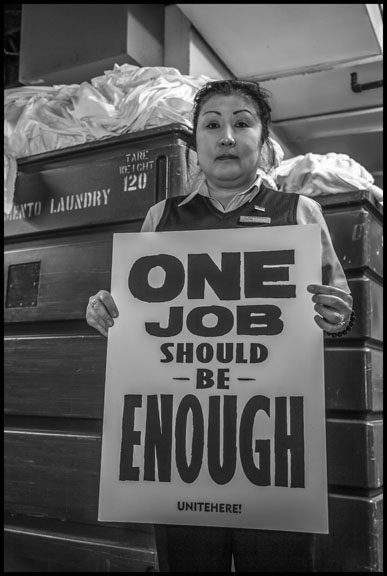